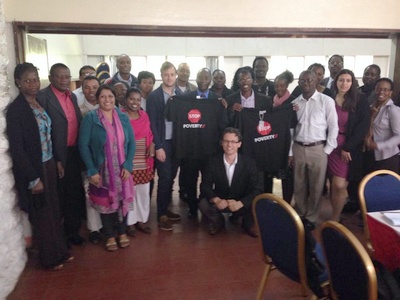 Haneen Abu Saa'da, the JAI youth coordinator, has participated at the Y-Program Implementation Team (YPIT) training at the YMCA of Nairobi, Kenya, from the 23rd to the 29th of April 2014. 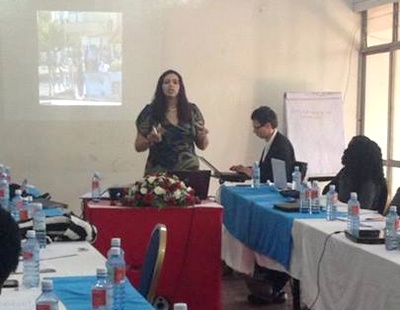 The training and program, coordinated and funded Y-Global (The YMCA-YWCA Norway International department) Norway, tackled the issues of: Peace Making Groups, concept, methodology and co-branding with other program’ groups; Stop Poverty Campaign: understanding Stop Poverty with response from partner; Free Palestine Campaign, where Haneen presented the situation in Palestine, with the Wall and settlements, the popular non-violent resistance of occupation with the example of the JAI joining the activities in Ush Ghrab in Beit Sahour, and the Boycott-Divestment and Sanctions Campaign (BDS).

28 participants from various YMCAs and YWCAs participated in the training, where Haneen had the chance to build friendships with.