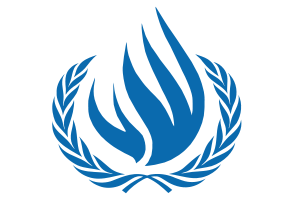 The JAI was invited to provide testimony before an International Fact-Finding Mission on Israeli Settlements in the Occupied Palestinian Territory (IFFM). The state of Israel denied the mission entry to the Occupied West Bank. Therefore the mission held its hearings in Amman, Jordan.

The testimony of the JAI was given by the OTC officer and one beneficiary of the campaign, Abu Osama, a Palestinian land owner who spoke before the IFFM.

Abu Osama described the gradual lose of his family's property (460 dunams of land) to the point where he has lost access to it since the year 2001. He explained how the Israeli military authorities, electricity company, and settlers have all been involved in attempts to confiscate his family's property between the years 1976 and 2001. This is despite the fact he has his family's documents of ownership to the land since 1925 and Israeli official documents that acknowledge this ownership.

The 2nd part of Abu Osama's testimony was related another piece of land that the OTC planted during the olive planting program of 2012. He explained about the frequent attacks of the settler group called Women in Green. Attacks that include burning a small house on the property two different times, releasing dogs on him, his wife and grandchildren, uprooting trees, physical attacks on the family several times while they were on the land, and the support WiG receive from the Israeli Authorities. Authorities who usually turn blind eye to these attacks and never capture settlers that attack Abu Osama and his family. 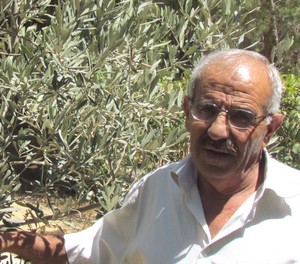 In his testimony, the OTC officer described the context in which Abu Osama and many of the Campaign's beneficiaries are struggling. The first case of Abu Osama's denial of access to his land, cases from Safa, and beit Ommar all were highlighted. Also, the officer explained that the settlement of Bet 'Ayin was established by the Jewish supremacist Yitzchak Ginsburg, an immigrant to Israel from the USA whose views inspire settler violence in the communities surrounding Bet 'Ayin. This Jewish supremacist was commending some of his students who murdered a Palestinian girl that "Any trial based on the assumption that Jews and goyim (not Jews) are equal is a total travesty of justice".

On the 2nd testimony regarding the WiG, the officer explained the violations of Palestinians property practiced by this settler organization in the Western side of Bethlehem as well as in the town of Beit Sahour.

In both cases, the officer brought to the attention of the judges of the mission examples of support to the WiG and Bet 'Ayin settlers; political support form Israeli ministers, military and administrative support by the Israeli military, police and other departments in the Israeli "civil" administration, and finally examples of financial support from registered charities in the USA.

The IFFM mandate is to produce a report on their findings regarding Israeli Settlements in the Occupied West Bank. The report is expected to be published in March 2013.