Program in Palestine for 37 Norwegians from partner school

See more photos of the program

A 10-day program in Palestine, from the 18th to the 27th of February 2019, was organized for 34 students + 3 teachers from a partner YMCA-YWCA Norway related Nord-Norge Folkehøgskolen (Folk High School). 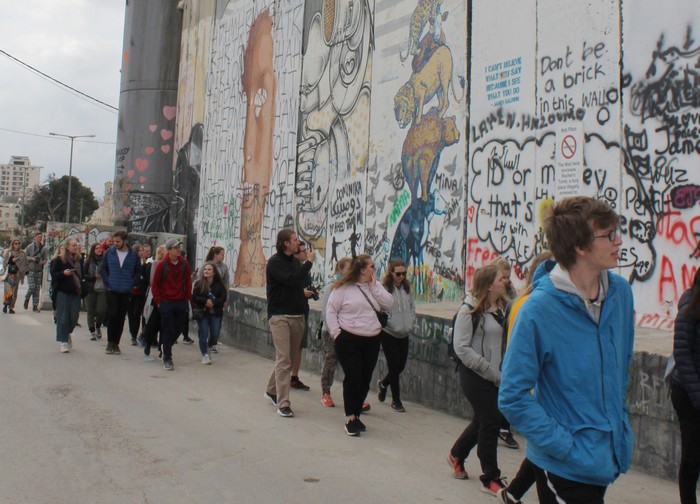 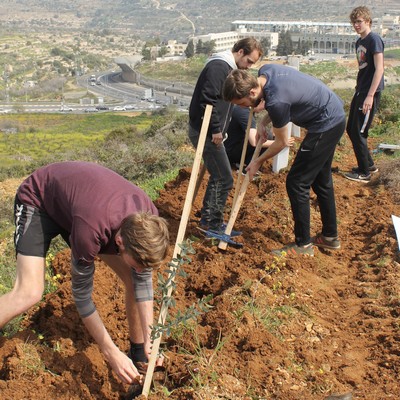 Guided tours were organized in Bethlehem, where they witnessed the Israeli apartheid wall, colonies (settlements), land confiscation, settlers' bypass roads, around and inside the Israeli checkpoint 300 leading to Jerusalem, and inside Aida refugee camp, where they met and chatted with refugees. In Hebron old city, the tour including the Shuhada street (ccontrolled by Israel and closed for Palestinians), Israeli colonies (settlements) on top of Palestinian houses and shops, inside the divided Ibrahimi Mosque (Tombs of the Patriarch), and an introduction to the Christian Peacemaker Team - Hebron - work and reflections. While in Jerusalem, they were guided inside the old city, witnessed settlements, religious sites, and with the Israeli Committee Against House Demolition (ICAHD) around Jerusalem with their reflections as an Israeli Jewish activist group. 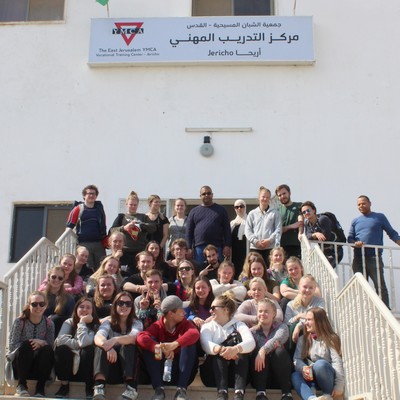 The students were introduced to the JAI and Olive Tree Campaign, the Boycott-Divestment-Sanctions (BDS) Campaign, Kairos Palestine, the Ongoing displacement of Palestinians and the right of return by Badil Center, and a historic background by Dr. Mazin Qumsiyeh and the Palestinian Museum of Natural History.

Two olive trees planting activities were organized for the students at two threatened Palestinian fields in the Bethlehem area, where they planted 250 internationally-sponsored olive trees each day.