See more photos of their program 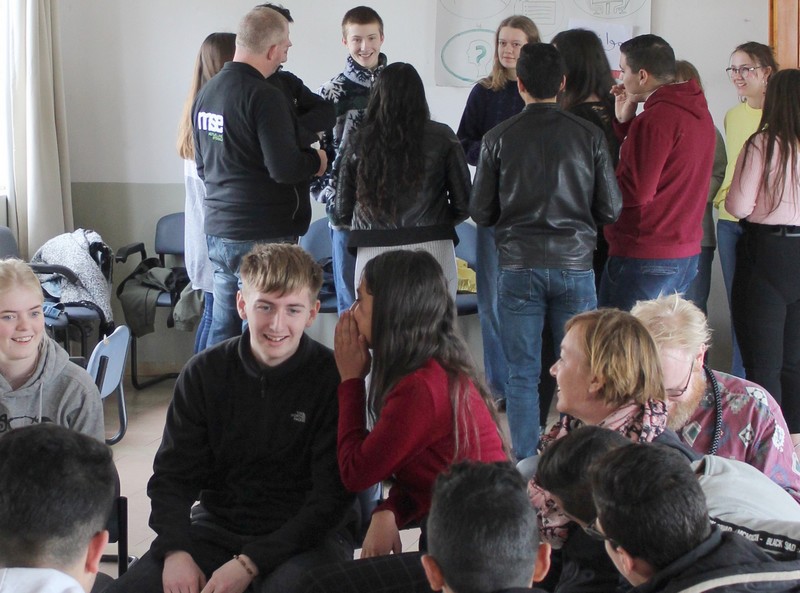 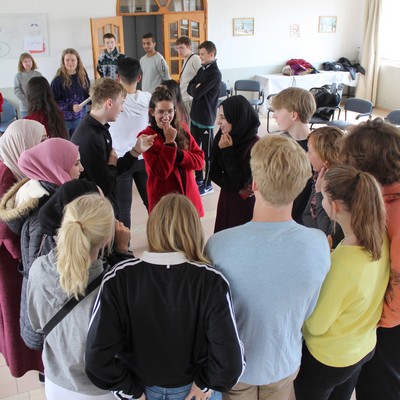 From the 28th of February to the 7th of March 2019, 21 students + 5 leaders from our partner Midtsjællands Efterskole (MSE) had their program in Palestine with the JAI and its students, within an ongoing exchange partnership for several years in cooperation with the DanChurchAid (DCA).

Their week included interaction with the JAI pre-trained students (teenagers from Dar Salah village, Dhaisha camp, and Beit Sahour, including planting olive trees together, at a Palestinian threatened field in Al-Khader village, west of Bethlehem, where the trees were sponsored by the same school.
In one morning they visited one of the Palestinian students' school (from which two students visited the Danish school in November 2018, through the exchange program), met the rest of their classmates, toured inside the school and played sport games together. 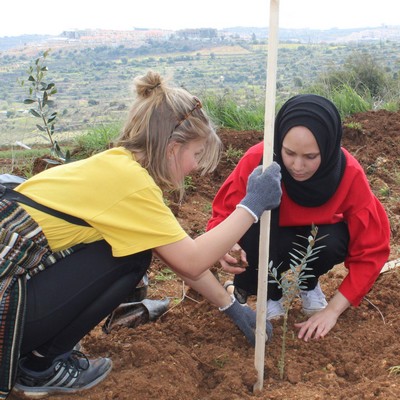 In another afternoon, they visited Dhaisha refugee camp, some of the Palestinian students are from, got to know about life in the camp, refugees' issue, toured inside the camp with the students in groups and watched them in a Dabka Folklore Dance show.
Danish students, in singles, also visited the homes of the Palestinian students, met and chatted with their families, and spent some hours with them.

The Danish class also had guided tours with the JAI in the Bethlehem area, where they witnessed the Israeli apartheid wall, colonies (settlements), land confiscation and Palestinian house demolition by the Israelis in the Bethlehem area. In Hebron old city, they had a guided tour where they witness closures, checkpoints, closed Shuhada street, inside the Ibrahimi Mosque (Tombs of the Patriarchs), and Israeli colonies (settlements) on top of Palestinian houses and shops. The Danish class had also days in Jerusalem old city, and Tel-Aviv where they met with Israeli human rights and anti-occupation activists/groups.