See more photos of their program

A 10-day program in Palestine, from the 5th to the 15th of November 2018, was arranged by the JAI for 16 students + teacher from a Norwegian partner YMCA-YWCA related Rønningen FolkHighSchool. 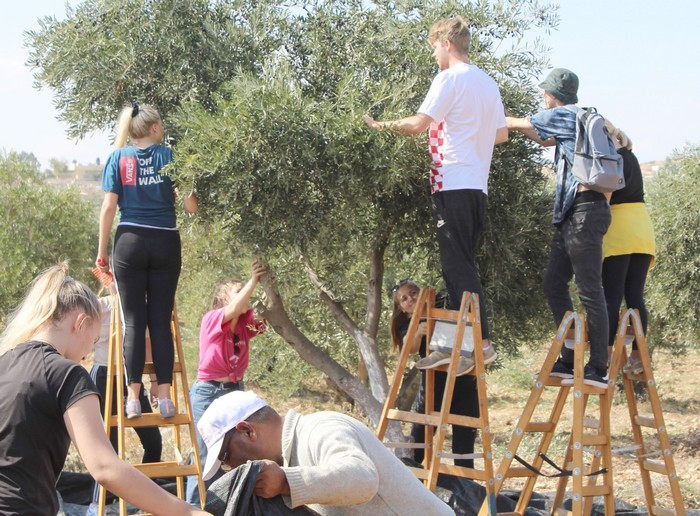 Introductions were made for them on Kairos Palestine, the Boycott-Divestment-Sanction (BDS) Campaigns, the Popular Resistance at Nabi Saleh village, ongoing displacement of Palestinians and the right of return by Badil Center, the JAI and its Olive Tree Campaign, where they also helped farmers' families pick their olives at their threatened fields in Beit Jala town and Teqou' village. 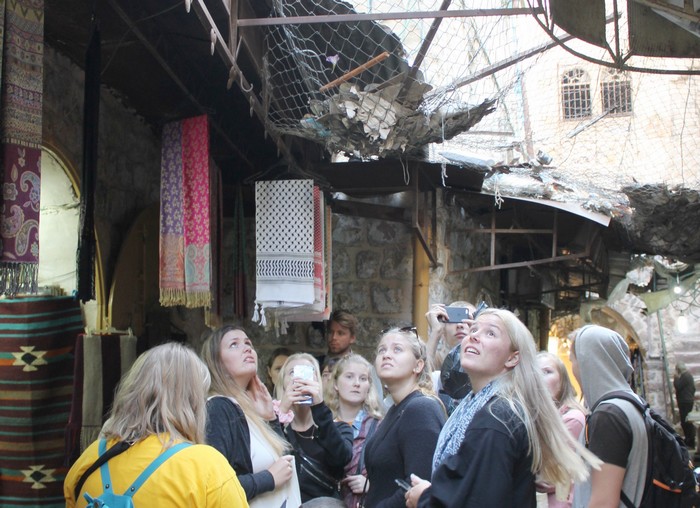 Various meetings and chatting in groups were arranged for the Norwegian students with Palestinian youth in Bethlehem University, YWCA of Ramallah, Lajee Center in Aida Refugee camp, and others, through which they had the chance of listening to Palestinian youth, with their reflections and experiences in life under the Israeli occupation. 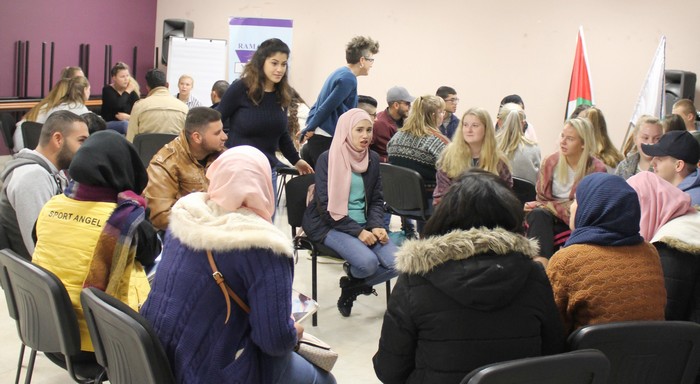 The Norwegian students got introduced to some of the EJ YMCA and YWCA of Palestine programs and centers, including the EJ YMCA Rehabilitation Program and Trauma counseling, the YWCA of Ramallah, the YWCA of Jericho food production center and kindergarten. This is beside the various religious and historic sited they were guided into and inside, including the Church of Nativity, Ibrahimi Mosque, Mount of Temptation, Baptism Site / Jordan River, Lutheran Church in Beit Sahour where they attended the service, and Arafat' tomb in Ramallah.