The YMCA-YWCA Joint Advocacy Initiative has arranged a student training program in cooperation with the Rum Catholic and Rum Orthodox schools in Beit Sahour, as part of a students exchange program the JAI has with Danish Efterckolen. The training took place during July – August 2013 for 20 students of the 10th from both schools to enrich their information regarding the Palestinian cause and develop their advocacy skills. 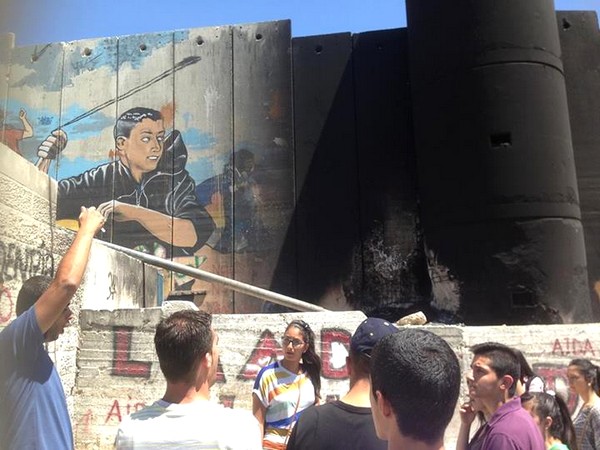 The training included the themes of citizenship and belonging, Kairos Palestine, BDS campaign and normalization, history of the Palestinian cause and the conflict, as well as guided tours to witness the wall, settlements, refugee camps, which allow the students to represent their country and cause nationally and internationally.

The JAI selects some of the trained students to visit the JAI partner Danish schools in November, while the whole students and both classes are to join the Danish students' programs in Palestine during March 2014.