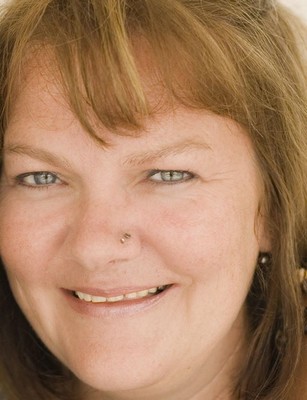 By: Gil Harper - international & corporate affairs at the Africal Alliance of YMCAs

As I sit here fasting and praying for Syria and the Middle East in response to Pope Francis' call, my thoughts are on two things: the experience I had in Jordan, and what it was like growing up in the apartheid state of South Africa.

Last week I was training a group of Young Peace Performers (YPP) in Jordan on the Africa Alliance of YMCA's Subject to Citizen (S2C) Change Model, and on communications. These YPP participants are youth from seven different countries around the world who travel in a group for 10 months advocating for peace and justice. This year they are advocating for the end of the occupation in Palestine. I met a passionate young woman named Maram who, in making a point, said, "Understand our daily lives. My mother just went through the very same check point a few hours previously, where today some people were killed… we live under extreme pressure, our youth have little outlets for engagement and entertainment, our daily cost of living is so high… But we have hope! We have hope that this will end, we have hope that international pressure will change our lives so we may enjoy basic human rights. We will never give up on hope. Hope cannot get taken away from us."

In 2005, Palestinian civil society issued a call for a campaign of boycotts, divestment and sanctions (BDS) against Israel until it complies with international law and Palestinian rights. This global movement against Israeli apartheid is steadily gaining ground. I received a full briefing on this in February this year from the Justice in Action coordinator in Palestine and have, in my own way, been trying to contribute by adhering to only buying Palestinian products and personally boycotting Israeli products. You see, I grew up in apartheid South Africa, where BDS was the order of the day and served to put pressure on the government to enter into negotiations towards a democratic country.

So supporting this BDS movement is important to me. And it has allowed me to draw parallels to our life in South Africa and the Israeli-occupied Palestine. I grew up in a country where I had rights and my fellow 'citizens' did not. As apartheid was ending, I was in journalism school, re-learning the history of my own country. Years later, I fell in love with a black man – something that was punishable during apartheid – and had a 'coloured' child. A child who is now growing up, along with his two white brothers, to know the freedoms and angst of a new democratic nation. But they are all post-apartheid babies and so it is with great pains that I explain why the BDS movement in support of Palestine is so important for us as South Africans. I must admit, it is hard for a child to try to understand, having grown up in a country that now has freedoms for all its peoples. I am met with very disappointed faces when I explain that it is not right to eat from this take-away or buy from that toy shop as this is part of the BDS movement. But we go back into our own history and make the links to a child now growing up in Palestine in order for it to make sense in their model of the world.

I tell them stories of the people I have met and the life they would like to lead, their hopes, their dreams, their goals… stories matter. For every heart-wrenching story, it represents the lives of thousands of others. Others who cannot articulate their stories, or who do not have the space to do so.

Part of what the YPP participants will be doing involves story-telling: writing stories about the people they meet. Stories of hope and courage, in spite of their current circumstances. They will also be conducting S2C workshops. S2C is about voice, space and influence. Voice concerns the belief in self and the skilling of self, space involves taking up spaces in public to use voice to articulate opinions, and ability to influence is about using those spaces to influence decision-makers to make positive change. So through workshops, they will be encouraging young people, especially, to believe in themselves and that change is possible and to use any and all available spaces to advocate for change. This they will be doing in Palestine, Kenya and Norway. The YPP participants will also be advocating and lobbying for decision-makers to take positive action to contribute to ending the occupation in Palestine. This is the Africa Alliance of YMCA's contribution too to peace in the Middle East: spreading the S2C Change Model outside of our continental shores as we have seen much success in Africa where S2C has taken root, from ending rioting in universities to youth voting in elections, to contributing to peaceful elections.

And so, while I am fasting and praying for peace in Syria and for the people in Syria and for governments around the world to approach the situation with calm, dignity and justice, my thoughts and prayers are very much with the Palestinians as I feel that I am personally invested in the situation, as well as something I am currently engaged in through work portfolio. And what keeps running through my mind is that there can be no peace without justice – it was so for my own country, and I believe it is so for the Middle East.