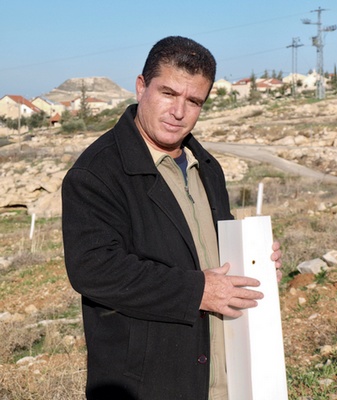 The cousins Khalid and Mahmoud come from the area called Teqoa. The atmosphere in Teqoa is always tense because of the presence of the settlements Teqoa and Noqedim and the nearby historic 'Herodion' hill which is controlled by Israel.

Khalid is a farmer and a manager of a school. He owns 90 dunums of land in Teqoa. It is difficult for him to cultivate the land. Not only because it is a lot of work, but also because the settlers and soldiers make his work impossible. A large part of his land is adjacent to the settlement of Teqoa. When he wants to enter his own land to irrigate or harvest, he is often stopped by fanatical and aggressive settlers. 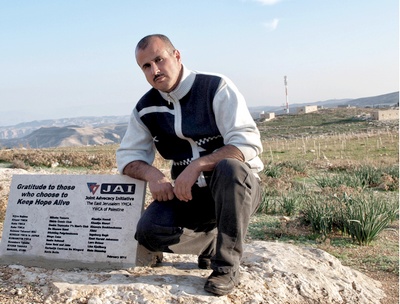 Teacher Mahmoud owns 25 dunums of land in Noqedim, a stones throw away from the settlement. He recently sold two dunums of his land so he could drill a water well and build a fence around his land. He hopes the fence will help against the attacks by settlers. It is uncertain whether the army will tolerate the fence or the well as his land is in a military controlled area. Mahmoud mainly has olive trees on his land. Without water, it is difficult to grow other crops. Mahmoud has the olives pressed into olive oil, which he sells. He needs this income to support his family. In 2014, there were 200 trees planted on his land through the Olive Tree Campaign. Just as for all Palestinians, the olive tree has a special meaning for Mahmoud: "The olive tree represents peace, resistance, life and survival, and our steadfastness on the land."