JAI activists in Italy has arranged a session in February 2016 for 80 boys and girls, in the ages between 11 and 13, from various churches' youth groups in the city of Varese, Italy. 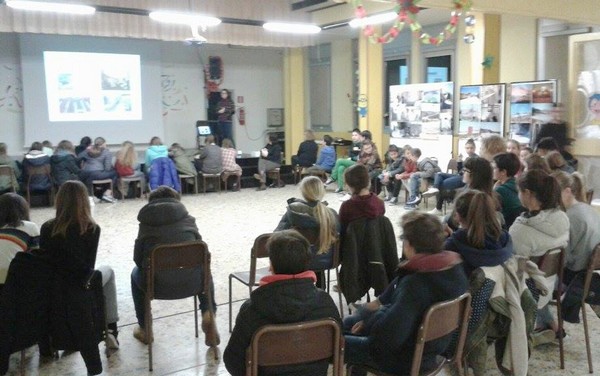 The teenagers were truly interested in understanding the situation in the West Bank and the activists presenter spoke about the life under occupation, including the Wall, checkpoints, settlements, settlers' attacks, and the JAI KEEP HOPE ALIVE Campaign. The teenagers, although they were young and the subject is new and little complicated for them, were very curious and had many questions, simple and smart ones. At the end, they donated to sponsor 11 olive trees with the money they earned from the Christmas Market. They will also continue to discuss the issue of Palestine under occupation during their meetings.