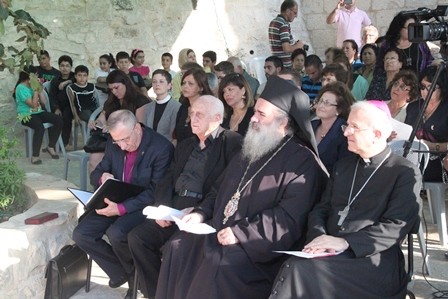 On Saturday the 20th of September, the National Coalition f Christian Organizations in Palestine (NCCOP) organized a ceremonial launching of the World Council of Churches (WCC) – Palestine–Israel Ecumenical Forum (PIEF)'s World Week for Peace in Palestine and Israel (WWPPI), which this year comes in solidarity with the Palestinian political prisoners in the Israeli jails, under the slogan "Let My People Go". The ceremony took place at Wi’am center next to the Israeli Apartheid Wall in Bethlehem. 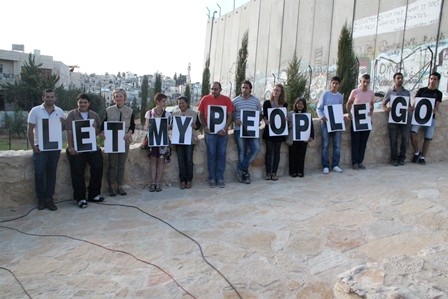 The ceremony was attended by bishops, religious figures, representative of Christian officials and civil society organizations and groups. It included speeches and prayers from bishops and a Muslim cleric, as well as speeches from the president of the Palestinian Commission of Prisoners and Detainees, political parties by Dr. Mustafa Barghouthi, an ex-detainee and the mother of a current detainee who gave a speech on behalf of Palestinian detainees. It also included an introduction to the book on prisoners published recently by the WCC in cooperation with Addameer, DCI-Palestine and Huriyyat, as well as reading of some solidarity messages with the prisoners from Churches and Christian organization worldwide.

The attendees signed an international call for the freedom of Palestinian prisoners, to be submitted to the UN Commission on Human Rights.