45 International activists from various countries have participated and ended this year' JAI-ATG Olive Planting Program, lasted from the 4th to the 13th of February 2017. 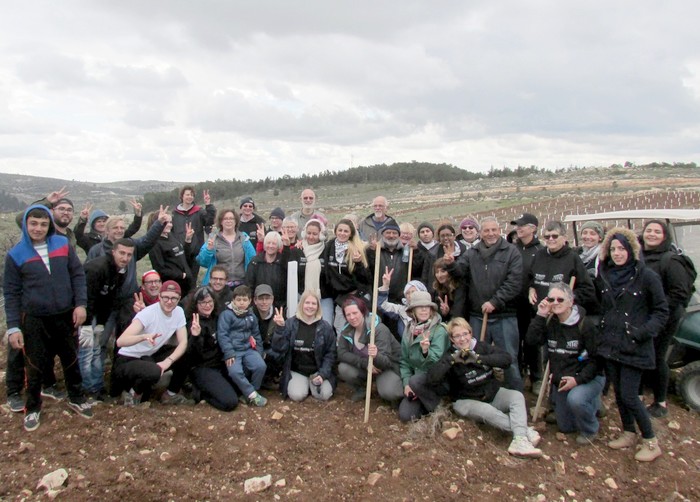 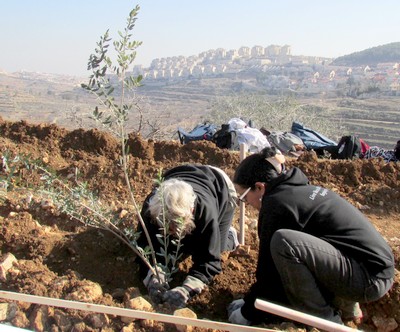 Their program included 4 olive planting activities, around 400 sponsored olive trees planted in each, at 4 threatened fields in the villages of Al-Khader and Jaba'a, in the Bethlehem area, due to settlements' expansion, land confiscation, Apartheid wall, and settlers attacks. On the way and at the fields, participants were introduced to the story of the village, fields, farmer and his/her family, whom they met, interacted with and listened to their stories and challenges. At Jaba'a village various Palestinian and regional TV channels' reported attended and reported about the activity and program, interviewed some international participants, organizers and farmers. On the first planting day, Isralei soldiers showed up and questioned the participants presence. On the second planting day, the Ambassador or Ecuador joined the activity. On that activity, Israeli soldiers showed up also and forced international and land owners to leave the field after the planting of 300 saplings from the 400 planed ones. On the morning of following day, farmers found the 300 trees, with the sticks and plastic tubes, stolen most probably by Israeli settlers. The JAI went there, took pictures, reported about it to the participants, and will issue a report and call about the incident very soon. 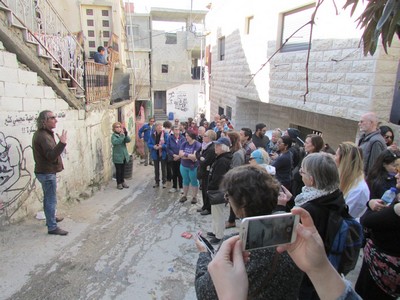 The 8 days program included guided in Bethlehem to witness the wall-settlements-land confiscation-bypass road, refugee camp, and Church if Nativity with Bethlehem old city.
It also included guided tour in Jerusalem old city with an Israeli activist around Jerusalem settlement, house demolition and Bedouins threatened of displacement. The day in Jerusalem also included a visit to the EJ YMCA headquarter and briefing about the EJ YMCA and YWCA of Palestine work and activities.
On the Hebron day, the participants had guided tours inside the old city an d it markets, to witness closures, checkpoints, closed Shuhada streets, inside the Ibrahimi Mosque (Tombs of the Patriarchs), and the Koyfiyyeh (Palestinian traditional scarf) factory.
In Ramallah, a meeting with arranged with a PLO (Palestinian Liberation Organization) spokesperson who gave a briefing about the Palestinian official and leadership approach to the international community and UN, and the updates on the negotiations. Followed was a visit to the village of Bili'in and meeting with leader of the popular resistance committee who explained about the weekly demonstration, and accompanied them to the demonstration site and moved part of the Israeli wall. 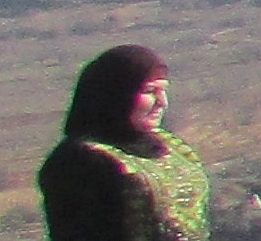 Evening sessions were also organized for the participants, related to main issued of the Israeli measures and national and international anti-occupation campaigns. Those included movies screenings, the Boycott-Divestment-Sanctions (BDS) Campaign, Kairos Palestine Initiation and call, Palestinian children and prisoners, and political analysis on the middle each conditions and their influence on and relation to the Palestinian cause.
This is beside some afternoon sessions on the ongoing displacement and refugees issue at Badil, Geopolitical presentation by the UN OCHA (Office of Coordination for Humanization Affairs in the oPt.), and the Olive Tree Campaign.

One of the farmer, Fatima Salah from Al-Khader reflected on the participants helping and presence at her field with great pleasures, quoted: "We are pleased and grateful with their help and presence, and love to see them always to help us save our land".

Another farmer, Omar Dadou', who had 8 children (6 girls and 2 boys), had 8,000 m2 of land, works mostly at the field with his brother Issa, and was so thankful for the internationals help. Omar managed to have a water well at his field to help irrigate the trees. He was quoted: "We are so happy to see these internationals form various countries come to help us and plant these trees with us. This give us hope and strength, and we will do our best to save the land." 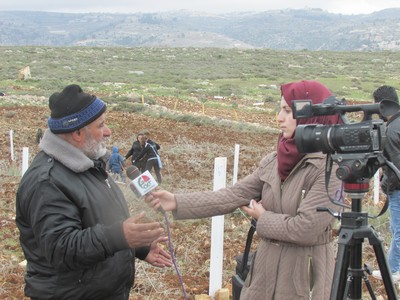 In Jaba'a village, the head of popular resistance committee at the village, Khalid Mashaa'a thanked the JAI for the trees and the internationals help and solidarity. The fields planted there belonged to farmer Yousef Mashaa'a and Mahmoud Darwish.