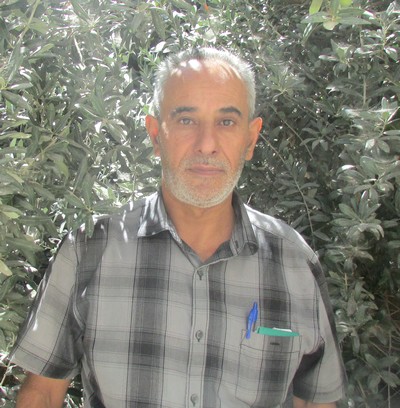 Mustafa Al-Afandi is a 51 years old farmer and Physiotherapist from Deheisheh refugee camp in Bethlehem. He has a family of 6 members, and owns 2 dunums (1 dunum = 1000 m2) of land in Khalit Al-Nahla, to the south-west of the Bethlehem area. An Israeli colony (settlement) called 'Efrata' was constructed 2 kilometres close to his land, and his personal struggle with the occupation started in 2002 when the Israel authorities declared his land under the pretext of a 'state land'.

Between 2005 and 2015, Mustafa and his family planted the land and fenced it six times! In each time their trees got uprooted by the settlers and the fence got destroyed.

In February 2018, the Olive Tree Campaign supported Mustafa and his family with 60 sponsored olive trees to help them maintain their land. Despite this, on the following day after they planted the trees, they found them uprooted and destroyed by the Israeli settlers and soldiers.