The Boycott-Divestment-Sanctions (BDS) National Committee (BNC), held its Fourth Conference in Bethlehem on Saturday the 8th of June, entitled "Boycott of Israel and Anti-normalization contribute to achieving liberation and self-determination", where the JAI team participated.
The conference aimed to enhance and expand the Palestinian civil society’s active implementation of BDS locally, regionally and internationally, as an effective and popular strategy of resistance. 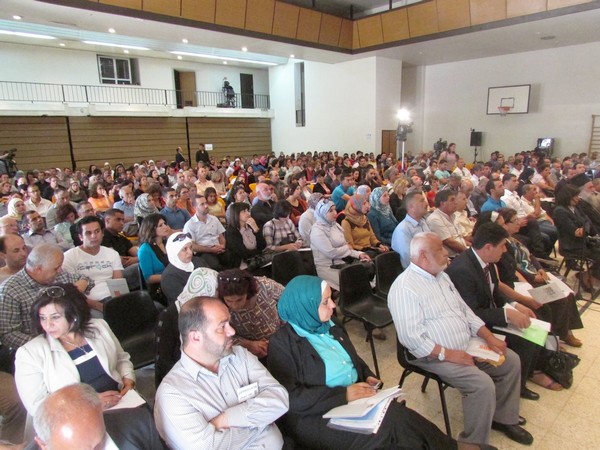 The opening session included the reading of letters from Palestinian political leaders in the Israeli jails, followed by an introduction and briefing of the BDS with its philosophy, strategy and successes. Then two recorded solidarity messages to the conference were screened to the attendees from Arch. Desmond Tutu and Roger Waters. The session speakers were the President of Bethlehem University, a Representative of the Coalition of Palestinian National and Islamic Forces, and a Representative of the BNC in the Gaza Strip – through Skype. 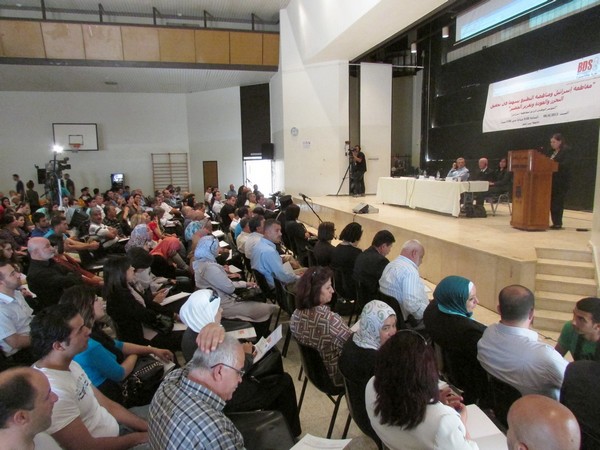 The first session presented some BDS activities and Initiatives on the local, Arab and international levels, where speakers were from the: Kairos Palestine, Campaign to Boycott Supporters of Israel (Lebanon) – through Skype, the occupied Syrian Golan Heights, Arab Campaign for Boycotting G4S – through Skype, Israeli Apartheid Week, BDS48, Palestinian Academic and Cultural Boycott of Israel (PACBI), and some local BDS initiatives.
This was followed by questions from the audience and answers by the speakers. 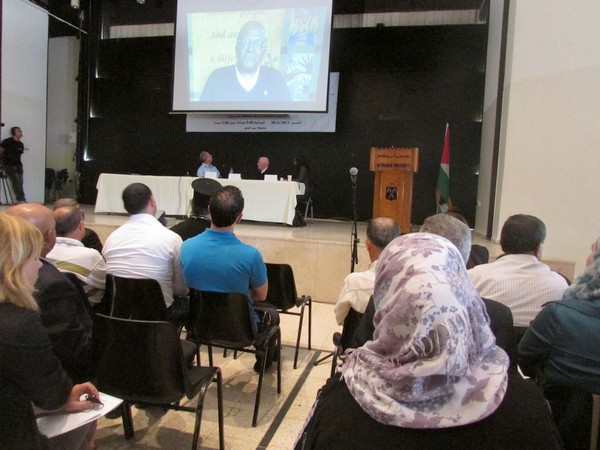 The second session discussed strategies to combat normalization, which included introducing to normalization, with its definition and principles, by PACBI, then briefings about the cultural, academic, economic, and youth/students normalizations. Followed were questions from the audience and answers from the speakers.
Before the third session, a recorded message to the conference from Lebanese artist Marcel Khalifeh was screened to the audience. 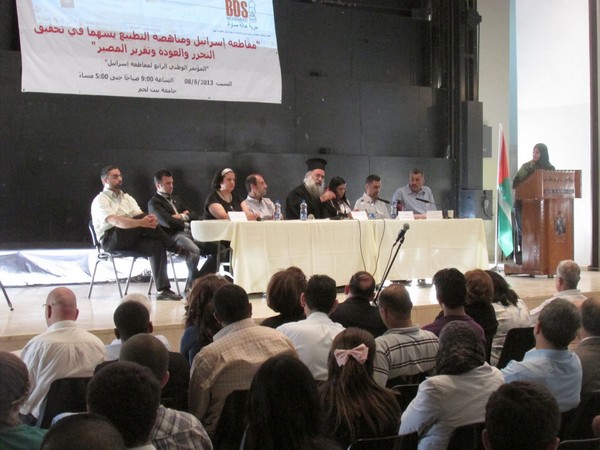 The third session was for Palestinian officials and civil society representatives to answer questions about boycotting Israel and countering normalization, where there were a Palestinian Liberation Organization (PLO) representative, the Palestinian Minister of National Economy, and a representative of the BNC. 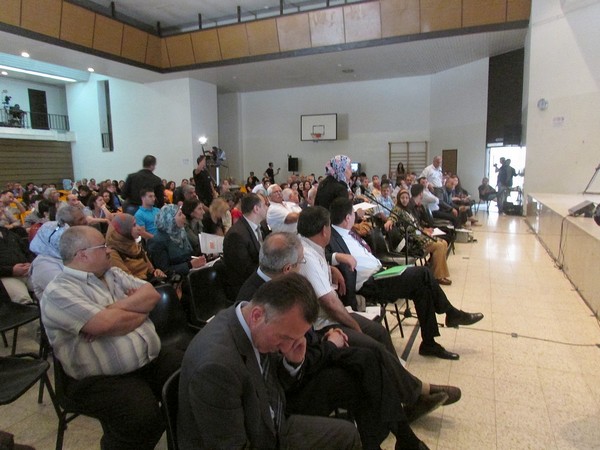 Workshops were then held for the discussion of secotral BDS strategies, based on outcomes from preparatory workshops. The sectors included: Youth and Students, Women, Prisoners Support (G4S Campaign), Agricultural Sector, Tourism Sector, Trade & Professional Unions, Civil Society Organizations, Official level, and International BDS.
This was followed by a short film on BDS, and closing remarks.