JAI receives the Ambassador of Uruguay in Palestine 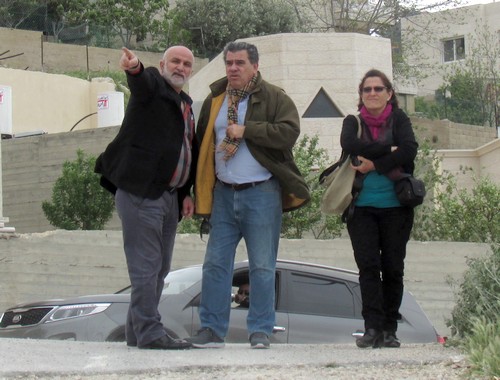 On Thursday 9th of April 2015, the JAI hosted the Ambassador of Uruguay to Palestine Mr. Enrique Ribeiro, in addition to his Assistant Nivin Julani and an Uruguayan citizen and introduced them to the geopolitical situation in the occupied Palestinian territory. The JAI accompanied the Ambassador in a tour around some Israeli settlement in Bethlehem, to see the impact of the settlement on the Palestinian people and on the whole political situation.