See more photos of the trip 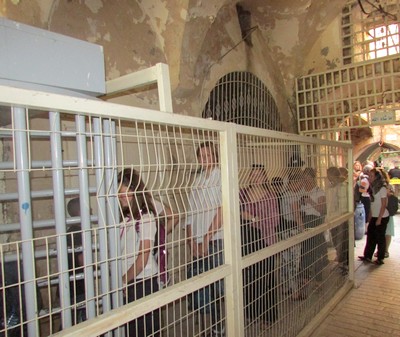 From the 26th of September to the 3rd of October 2017, 30 students and 2 teachers from a partner YWCA-YMCA Norway related Sunnmøre Folk High School had a week in Palestine with the JAI.

Their program included guided tours in Bethlehem, Hebron, Jericho and Jerusalem, to witness the wall, settlements, settlers' bypass roads, Israeli military checkpoints, closures and general life of Palestinians under the Israeli occupation. The tours includes a refugee camp, at the Tent of Nations field, into the Walled-of-Hotel, Hebron old city and Shuhada street, Jerusalem old city, a tour with an Israeli activist, besides main historic and religious sites. 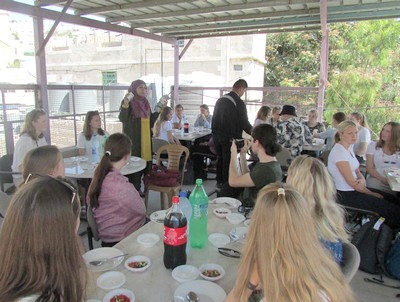 Presentations with discussions were given to the students on some of the main issues in Palestine including the JAI advocacy work and the Olive Tree Campaign, Palestinian Christians and Kairos Palestine, ongoing displacement of Palestinians and right of return by Badil, the Boycott-Divestment-Sanctions (BDS) Campaign, and others. 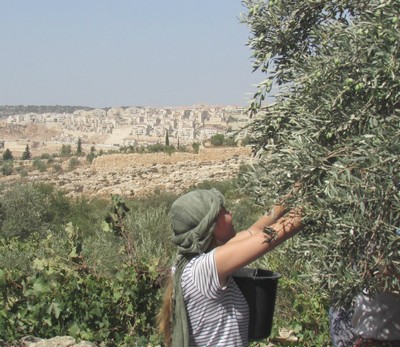 An olive picking activity was also organized for half a day, where the students helped a Palestinian family at their threatened field in Nahhalin village south-west of the Bethlehem area.

The students had the chance to meet and talk with young Palestinians at Aida Camp' Lajee Center, as well as children at the YWCA kindergarten in Jericho, and women clients at the YWCA food production center.